I like running. I like beer. I think these two things pair nicely together — as long as the beer comes after the running. (It’s not uncommon for me to drink a recovery beer after a long run! It counts as hydration, right? Right…..)

So I’ve always been pretty curious about trying to run a beer mile — where you chug a beer, then sprint a quarter of a mile, then repeat this until you’ve chugged four beers and run an entire mile. I’m much better at running long distances than I am at sprinting, and while I can easily down four beers in an evening, I like to enjoy them, not gulp them down as fast as humanly possible.

Still, when my friends Danny and Suzy, owners of Rip It Events, announced they were organizing their third annual beer mile, I definitely wanted to give it a try. Especially when they said it was a neon beer mile, and participants were supposed to wear as much neon clothing as possible. I mean, I’ll jump at any chance to wear obnoxiously bright clothing and accessories that glow. (Side note: This was just a fun run and was not an official Rip It event.)

My friend Staci was visiting for the weekend, so I asked her if she wanted to run, too, and she said yes. We were both unsure of our beer-chugging abilities and decided to relay the race — meaning we’d each chug two beers and run two laps.

The beer mile took place on a paved trail behind a quiet neighborhood in Columbia, Maryland. The race began at the bottom of a small hill, where about two dozen or so runners gathered to line up our beers and prepare to chug and run. This was in a wooded area, and the race began around 8 pm, which is why we were asked to wear as much neon as possible — it got pretty dark down there.

As I carefully placed our beers (two Dogfish Head Seaquench for me, two Sam Adams Porch Rockers for Staci) on the ground, Staci looked skeptical. (She gave birth to her second child about four months ago and hasn’t had much to drink since.)

“I’m not trying to puke,” she told me. “I’ve already been through two rounds of morning sickness.”

“I think we’ll be OK,” I told her. “If you can’t finish your beers, I’ll finish yours …. but you’ll probably have to drive us home.”

(Did I mention that if you puked, you had to run an extra lap? Those were the rules!)

Since we were relaying, we took turns chugging and running, and I volunteered to go first. I cracked open my Seaquench and started guzzling as fast as I could. Which, turns out, wasn’t very fast. There were runners that chugged their beers in like five seconds flat. I was probably one of the last runners to start my lap, and I was trying my hardest to get it all down quickly (and I looooooove Seaquench.) Once I took off, I started belching uncontrollably — gross! But everyone else was burping, too. Seriously, I never heard so many burps at a race. We sounded like a bunch of frogs. 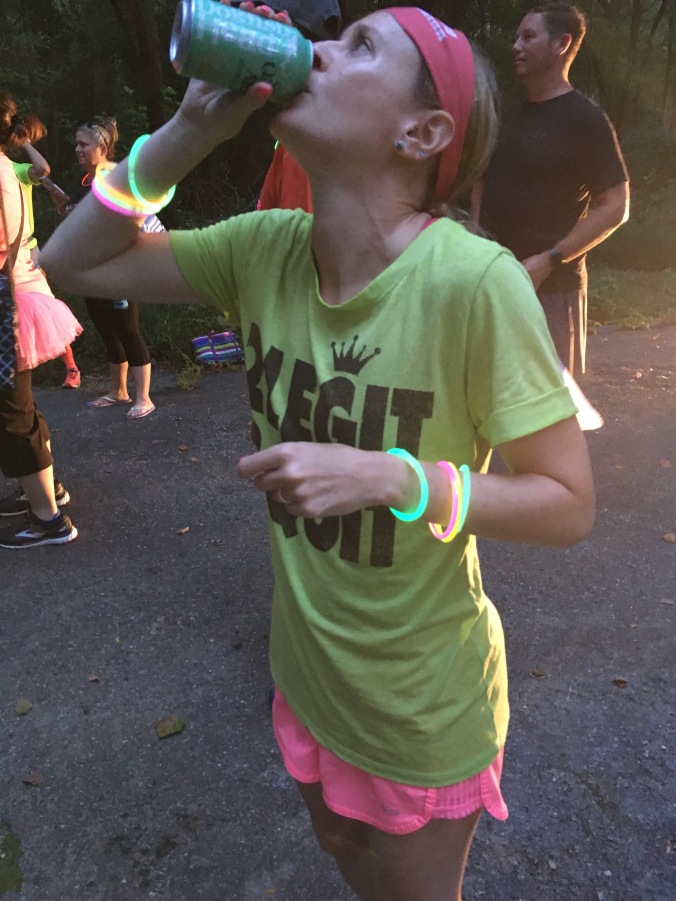 I ran my quarter-mile — which was up the hill and back down again — as fast as I could. (Real talk, it took me longer to drink the beer.) Then it was Staci’s turn. She downed her first beer like a champ and took off. Meanwhile, some of my fellow runners were on their third beers. Some were holding strong, others were barfing in the weeds. 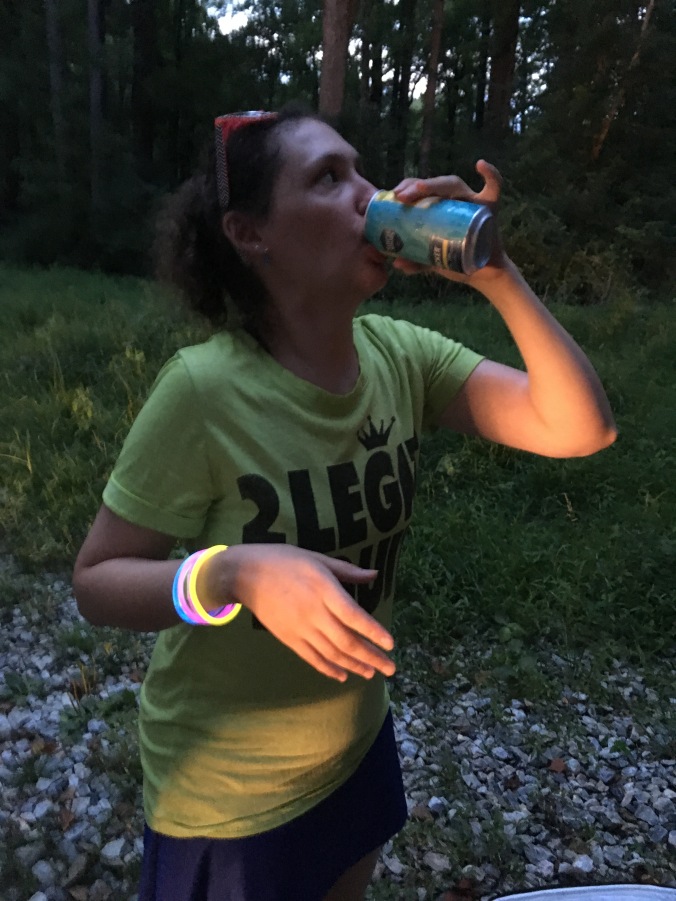 “Oh God, this is terrible,” I heard one guy say. (He may have been boozing up beforehand. Not sure.)

“Worst idea ever,” another one said.

Staci finished her lap and I started on my second Seaquench. I choked it down, turned the empty can over my head to prove it was totally empty (per race rules), and started my second lap. I still burped a lot, but I was able to sprint the quarter-mile while keeping everything down.

When I got back, Staci started on her second beer, but didn’t get very far! She drank a few sips and then handed it off to me to finish. I think it was kind of against the race rules, but it wasn’t like it was the most formal event anyway 😉 She took off for her final lap and I, quite literally, took one for the team and drank the rest of her Porch Rocker.

I’m not actually sure what our final time was — 15 minutes? Even though neither of us barfed (thank goodness!) we both decided to run an extra lap anyway. Lots of other runners were heading to a local bar after the race, but I live about a half hour away, so we decided to head home. (Staci drove, as she’d only had a little more than one beer — safety first!) 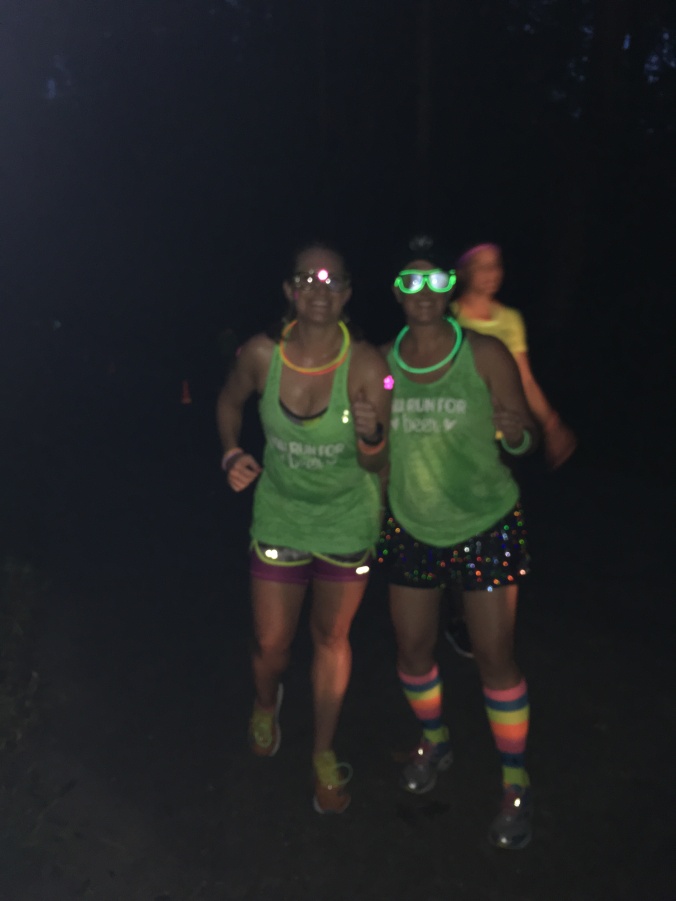 Rip It friends Brittany and Stephanie

It was a lot of fun and made me even more curious about attempting a beer mile all by myself at some point.

I can’t guarantee I won’t vomit, though.